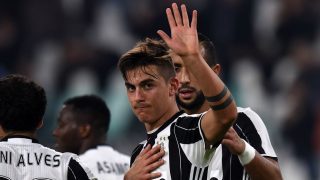 Italian journalist Alfredo Pedulla, who has been following negotiations closely, believes the Reds think they can sign Dybala because of the financial package they have offered him to move to Manchester.

According to Sky Sports, the swap deal involving Dybala joining the Reds and Romelu Lukaku heading to Turin now only rests on the Argentina international agreeing to the transfer.

Pedulla’s report suggests United have offered the 25-year-old an €11m per-year plus bonuses contract, which they feel Dybala will struggle to turn down over playing a bit-part role at Juventus under Mauricio Sarri.

However, the report also claims that if Dybala does turn United down, then Inter Milan could reenter the race to sign Lukaku. The Belgian striker looks certain to leave the Reds this summer, but Antonio Conte’s side would have to offer €70m for a deal to be completed.

Moreover, Pedulla also claims that Juventus striker Mario Mandzukic is also being considered by United boss Ole Gunnar Solskjaer, perhaps as a back-up striker to Marcus Rashford even if Dybala is not brought to Old Trafford this summer.

Dybala would be a fantastic signing given his proven class and versatility across the attacking positions; he is far better suited Solskjaer’s fluid style than Lukaku.