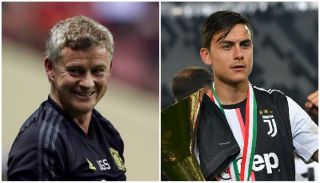 According to Sky Sports, Juventus star Paulo Dybala is weighing up a move to Manchester United in a swap deal for Belgian striker Romelu Lukaku.

It is said that the swap is ‘all but done’, and the move now hinges on the players agreement to make the Old Trafford switch.

Dybala, 25, would be an exciting attacking addition for the Reds, much better suited to manager Ole Gunnar Solskjaer’s fluid style of play than Lukaku who looks to have his heart set on a move away from Manchester this summer.

Interestingly, Solskjaer has already praised the player in the past, suggesting it would be a no brainer to bring a player of the Argentine’s class to Old Trafford.

“We have scouts looking… but if you say that we need a false nine, then we don’t need to scout Messi or Dybala,” Solskjaer told Fotballklubben podcast in March, as cited by Manchester Evening News.

“You don’t need to be a rocket scientist to say that, ‘We’ll take him!'”

The Norwegian clearly highly rates Dybala so it is no surprise the Reds are asking about him in the Lukaku deal.

If Dybala agrees to the deal, he could play anywhere across the front three or in behind striker Marcus Rashford. We are now seemingly waiting on the Argentine to make a decision on the move, as discussions continue to reach an agreement on the swap according to Di Marzio. 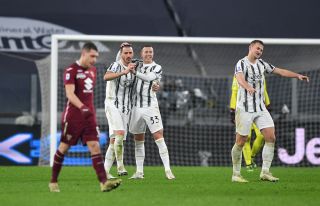