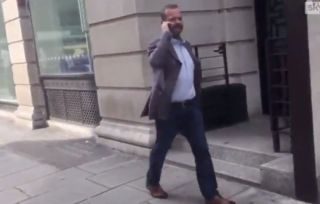 The transfer window hasn’t been too kind to United this summer, with the club still haggling over deals both incoming and outgoing.

Part from departures via expiring contracts, not only first-team player has left United from last season despite the manager warning there would be exits. Only players have come in thus far — Daniel James and Aaron Wan-Bissaka — and this is a team that finished sixth last season…

So whatever Woodward has been getting up to this summer, it’s not good enough to leave the majority of your business until the last week of the transfer window.

You’d think he would know after his series of f**k ups in the past!

Moreover, it may be a matter of Woodward just not having the money to spend. The Glazers have been penny-pinching for long enough now, this shouldn’t come as a surprise.

There has been lots of talk over the past week about Dybala coming to Old Trafford, as per Sky Sports, with Lukaku reportedly attracting firm interest from Juventus.

As seen below in the video tweeted by @utdxtra, Woodward has been filmed by Sky whilst entertaining United’s offices in London for talks over Lukaku going to Turin, and Dybala heading in the opposite direction to Manchester.