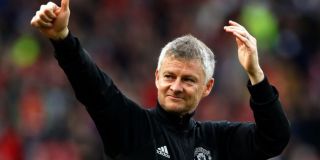 Manchester United defender Ashley Young has revealed it was a ‘breath of fresh air’ when Ole Gunnar Solskjaer returned to Old Trafford as manager.

Young was granted a new one-year extension on his contract this summer, showing he is still part of the manager’s plans for the new campaign.

The 34-year-old started the majority of United’s games at right-back last time out, but is set for a more limited role this season.

Aaron Wan-Bissaka has been excellent in pre-season, showing fans exactly what they have been missing without a specialist right-back. Young is expected to play back up to the England u21 international this season and can also fill in at left-back.

Unsurprisingly at 34, Young is past his best and should no longer be relied upon in defence week in week out for the Reds. The Englishman has been a good servant at United and could still have some value as a squad player this season.

See Young’s reaction to Solskjaer’s arrival and his thoughts on the Norwegian’s job so far below:

Video: Ashley Young on Solskjær "For me, when he came through the door, it was like Sir Alex." #mulive [sky] pic.twitter.com/KmvDwvBW00