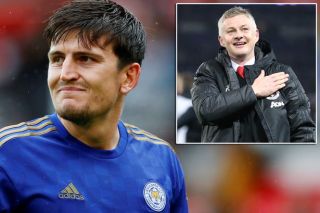 News filtered through this evening that Manchester United and Leicester City have come to an agreement which will see Harry Maguire move to Old Trafford this summer.

The transfer fee is said to be worth £85m, as reported by The Telegraph, with the England international set to become the world’s most expensive defender in a record deal.

We jumped straight to Twitter after the news broke to ask United fans to give a three word reaction to Maguire joining for such a hefty fee.

Leicester held out all summer until their transfer demands were met, but United knew all along they wanted top dollar for Maguire’s signature.

Fans have been critical of the club’s stance in the transfer window this season, for leaving it too long to get players in and selling none of the players Solskjaer spoke about wanting to get rid of last season.

This is how several United fans responded to the Maguire news, in three words: