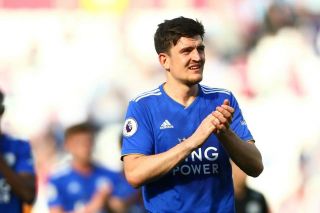 Former Liverpool defender Glen Johnson has given his views on the Harry Maguire to Manchester United transfer saga.

Maguire has been linked with a move to Old Trafford all summer, but as of yet, there has still been no agreement reached with Leicester for the Englishman.

Despite now just being a week to go until the transfer window shuts, Johnson believes the move for the defender will still be completed.

“If United have come calling again, they know that Maguire wants to go and, as long as he gets that message to Leicester, I’m sure that deal will happen,” Johnson told TalkSport as quoted by Manchester Evening News.

“If I’m Leicester, I’d take £80m now anyway. I think it’s a great deal for everyone, all three parties, I can’t see why it won’t happen.

According to Sky Sports, £80m is the ‘magic figure’ to prize Maguire away from the Foxes this summer, which seems more than reasonable even in a highly-inflated market.

However, Leicester have no reason to sell so it looks like the Reds will have to break the world transfer record for a defender in order to sign the 26-year-old.

Manager Ole Gunnar Solskjaer desperately needs a centre-back this summer to partner Victor Lindelof in defence, and it is said that Maguire is his priority target.

Let’s hope the Reds can finally get this deal, which seems to have dragged on for an eternity, over the line over the next few days.