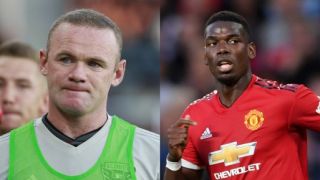 Manchester United legend Wayne Rooney has given his thoughts on Paul Pogba’s situation at Old Trafford, with the midfielder’s future up in the air all summer.

While the Red Devils are intent on keeping the France international, who is wanted by Real Madrid manager Zinedine Zidane, there is no guarantee that he will be at United beyond the transfer window.

It would be a blow to Ole Gunnar Solskjaer as United boss, trying to rebuild his squad in attempt to improve last season’s form after finishing sixth in the Premier League.

READ MORE: Man Utd hero believes it would be ‘best for everyone’ if Pogba leaves

Pogba is United’s best player but he has yet to try put a stop to speculation over his future. If anything, he has added fuel to the fire by suggesting it may be time for a new challenge, as reported by The Guardian.

But Rooney, who is currently playing his football with DC United in MLS, believes the 26-year-old will remain key to United next season providing he doesn’t leave before the transfer deadline.

“It’s obviously down to the club, to the board, to the manager, but I think also to the player,” Rooney said in an ESPN interview. “If the player wants to stay, he’ll stay and prove what a good player he is.

“Behind the scenes, I’m sure they’re working on whether to keep him or whether to let him go.”

Rooney was caught scoring an unbelievable volley in an MLS All Star Challenge last night, as seen below: