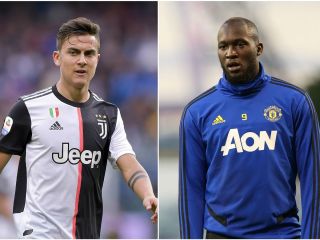 Terreur, who has built a solid reputation for his updates on footballers from Belgium, states that Inter are not able to meet United’s transfer demands for the striker, whereas Juve has proposed a deal include Argentina star Paulo Dybala and all we’re waiting on is the playmaker to agree terms with the Red Devils.

There’s no doubt about it, Dybala has come off the back of a tricky season with the Turin based outfit, having failed to prove his credentials in the same side as Cristiano Ronaldo since the Portuguese star joined Juventus last year.

But we must look at the bigger picture. This is a 25-year-old with a reputation that boasts one of the most exciting prospects in world football, who is versatile enough to play across the front three with a wand of a left foot.

Terreur adds that all the deal is waiting on is Dybala to say ‘yes’, as noted in the tweets below:

There’s still some work to be done between the clubs, but everything depends on the willingness of the players to join the other side.

Meanwhile, United have got a striker who doesn’t fit into the manager’s plans. Ole Gunnar Solskjaer made it clear soon after his arrival that he preferred Marcus Rashford in the central role of his attack and nothing has changed since then – despite some welcome competition from Anthony Martial.