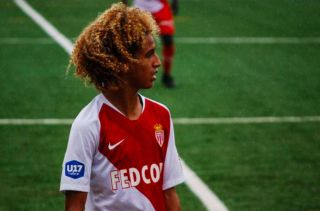 Tanzi explains that Mejbri’s agent and lawyer, Rochild Dzabana and Nadia Zrari are expected in Manchester in the coming hours to finalise the move for the 16-year-old.

Mejbri is a highly-rated central midfielder who is currently impressing in Monaco’s youth set-up. He has also made eight appearances for France u16’s and is clearly a huge talent for the future.

Mejbri’s signature would be an exciting addition for Man Utd’s youth system, that has also produced the likes of Angel Gomes, James Garner and Mason Greenwood who have all made first-team appearances in recent months.

Manager Ole Gunnar Solskjaer is keen to develop young prospects into first-team players at Old Trafford and it will be interesting to see how Mejbri’s development continues at Old Trafford if these reports are to be believed.

Meanwhile, with just over a week until the transfer window shuts, manager  Solskjaer will be hoping the Reds can still close a couple deals involving first-team targets.

A centre-back and midfielder are still needed to strengthen Solskjaer’s side and time is running out to bring new additions to Old Trafford.