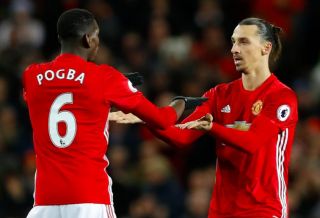 Pogba has been heavily linked with a move away from Old Trafford during this transfer window, after saying he is ready to seek a ‘new challenge’ elsewhere.

Ibrahimovic believes there is no reason to keep the Frenchman against his will if he desires a transfer away from the club.

“I think if he does not want to stay there is no sense to keep him,” he told the BBC.

“If he wants to be somewhere else then let him go. Use the situation and bring someone in who wants to be there.”

Zlatan is right that United should look to reinforce in a player who would be 100% committed to the club, but with just days until the transfer window shuts it would be difficult to find suitable reinforcements.

Pogba is still a key part of Ole Gunnar Solskjaer’s plans this season, and has looked impressive from what we have seen of him in pre-season.

Losing the World Cup winner would be a huge blow at this stage, as there is no guarantee the club can bring in a ready-made replacement.

Whether or not Pogba does go this summer, the Reds still need to strengthen in midfield following recent departures of Ander Herrera and Marouane Fellaini.

United cannot afford to consistently rely on Scott McTominay and the ageing Nemanja Matic in the middle next season so at least one midfield addition is still required.