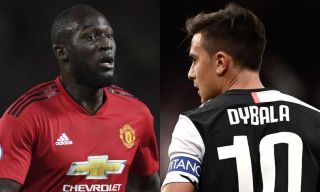 It seemed for ages that United were relying on Inter Milan to come up with the funds to finance a deal to bring Lukaku to the San Siro, as desired by the player.

But reports flooded through this past week suggesting Juventus were interested in signing the Belgian striker, despite him coming off the back of a disappointing campaign with the Red Devils last term.

And, it sounds like progress has been made — with Argentina international Dybala going the other way.

Ole Gunnar Solskjaer remained tight-lipped when asked about the likelihood of landing Dybala before the transfer window shuts, while Sky Sports report Kavel Solhekol brings us some very welcome news from Italy, as seen below:

Sky Italy reporting Manchester United and Juventus have agreed a swap deal in principle involving Paulo Dybala and Romelu Lukaku. They say it now needs an agreement between United and Dybala for the deal to go ahead.

Are you feeling the excitement? We are… and we’re hopeful it’s not premature giddiness.