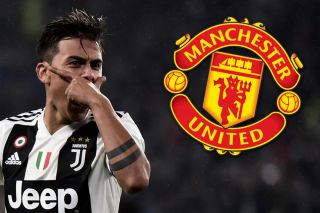 Every time pre-season comes around, attention turns to potential transfers. Player A has told their manager to “do one” (or whatever version exists in their native tongue), Player B’s agent has been alternating between whispering sweet nothings to rival chairmen/slating current coach in the press for refusing to pay them £3 Million a month and Player C is waiting on the side-lines in case a transfer doesn’t happen to afford them better opportunities.

It can be an exhausting roundabout at times listening to the endless speculation during these months. Depending on which outlet you get your information from, an entire club’s squad of players will be sold in place of twice as many arriving. Enough money to stave off the foreign debt of almost all South America.

The most recent deal said to go through is that of Romelu Lukaku to Serie A. He is said to be fed up at not being guaranteed being the first-choice striker for United in the coming season. That and being a striker who thrives on wingers crossing the ball, existing in a side remarkable for a lack of decent crossing for the past few years. He did well in his first season at the club, after joining from Everton for a hefty £75 Million, as per The Independent. 25 plus goals in a side that finished 19 points off Manchester City was not a bad return at all. Unfortunately, last season was not as profitable. Both his appearances and goals tally were down from the previous campaign. So, he is set to pack up his Mark Henry branded protein powder and heading off to Italy.

Antonio Conte was clear in his admiration for the player. He admitted in his failed attempt to sign the player when he was in charge at Chelsea. Despite limited opportunities, he still demonstrated what he can bring in the come-back victory against PSG. He also terrorised Arsenal in the FA Cup win at the Emirates. He also contributed towards a number of important league wins during the purple patch of Ole’s spell in charge. But there is now a snag in Inter Milan pursuit of the player. Juventus are also set to be interested in him as well. And if the rumour is true, as per Sky Sports, they have offered Paulo Dybala in exchange for him. A player in whom the reds are said to be interested in.

But if Paulo arrives at Old Trafford….where do we play him?

Since arriving from Palermo back in the summer of 2015, the Argentinian has established himself as a key member in the domination of the Italian league. They have also come close on a number of occasions in the Champions League, falling just short. He stepped into the shirt left vacant by the legendary Andrea Pirlo and set about marking his mark on the side. Initially played on the right as part of an attacking trio, he has begun to have more of an impact in the number ten role. Further opportunities came curtesy of Paul Pogba’s transfer to us. He begun to take on greater defensive responsibilities and more of a play-maker. The role allowed him to link up with the likes of Mario Manduzkic, Gonzalo Higuain and others.

The arrival of Cristiano Ronaldo last season limited his chances though. When Ronnie is fit, he plays. When he is not fully fit, he plays. That is just the way it goes. Even if he is not bang on form. Dybala found himself being switched back around in different games or starting from the bench. Given his attempts to become a first-choice option for Argentina, a degree of frustration is natural. Recruitment in the close season has added to the competition and it is claimed he has sought out talks with Saari regarding his expected future at the club. That is if he can get past the clouds of smoke coming from his room.

United could be an opportunity to regain his stature as one of Europe’s finest players but the issue of the number ten position remains. A number of the current squad have eyes on that position and will have put forward their case for being the preferred choice. Juan Mata, Jessie Lingard, Paul Pogba and Alexis Sanchez are all tussling over who deserves it most. To me, Dybala would be a natural fit in that role if he arrives. His ability to move between defensive lines without notice, provide a killer pass and the amount of long-range efforts he has scored gives him my nod. For his size, his heading ability is remarkable. He has also demonstrated his work rate in tracking back to win possession from deeper positions. Without putting too much pressure on him, he possesses Cantona and Scholes like abilities.