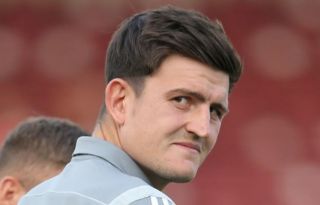 The reason being illness, though Midlands football correspondent at the Daily Mail, Laurie Whitwell, claims transfer talks are ongoing with the Red Devils.

Maguire called in sick on Monday morning and spoke to the team doctor, but there’s nothing to suggest anything is bubbling under the scenes regarding his move to United being imminent.

The waiting game drags on.

According to the Daily Mail’s report, this is the first training session Maguire has missed during pre-season, which gives the impression he is in good shape ahead of a potential transfer to Old Trafford.

Manchester City are also said to be interested in the England centre-back.

See Laurie Whitwell’s tweet below, providing the latest update on the Maguire saga:

Harry Maguire has called in sick at Leicester and will miss training today. Talks over potential move to #mufc continue. More at @MailSport #lcfc

Hopefully, Maguire gets better soon and completes a switch to Old Trafford. We can’t start another season without signing a top defender.