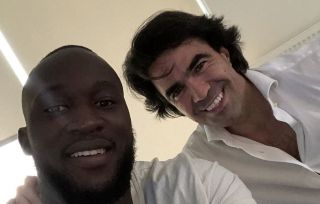 Romelu Lukaku appears to be on the verge of leaving Manchester United this summer with reported interest from two clubs in Serie A.

Inter Milan have made their transfer pursuit no secret, with The Sun claiming Antonio Conte is desperate to sign the striker along with a fresh bid being prepared after previous failed attempts to meet United’s transfer demands.

Lukaku had had no involvement in United’s pre-season tour despite travelling with the squad to Australia and Asia. Manager Ole Gunnar Solskjaer puts that down to the player not being fit, though with his future in the air that warrants questioning.

The Belgium international is also wanted by Serie A champions Juventus, according to Sky Sports, with a potential swap deal involving 25-year-old playmaker Paulo Dybala.

It has to be said that Lukaku probably wouldn’t be engineering a move away from Old Trafford if his place in the team didn’t look so uncertain.

Solskjaer has made it clear he wants Marcus Rashford to lead the line and, aged 21 with tons of potential, no-one can blame him.

Whoever ends up with Lukaku next season will still have a top striker on their hands.

Anyhow, Lukaku has fuelled transfer speculation by posting an Instagram upload with his agent, Federico Pastorello, who today stated his client is one of the best strikers in the world. See post below.

Soon to be continued🤫 @fedepastorello

Comments are disabled on the post, but it’s clear by the caption that something is in the pipeline.