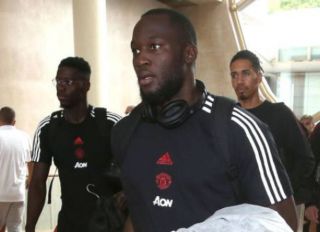 Romelu Lukaku is receiving plenty of interest in Italy, but Manchester United will not let the striker leave unless their transfer demands are met.

Inter Milan have seemingly been knocking on United’s door all summer, despite struggling to raise enough funds to finance a deal. The Red Devils are unwilling to make a loss on a player they signed two years ago from Everton, whose agent believes he is one of the best strikers in the world.

That’s quite a statement and while Lukaku is a proven goalscorer, it’s a matter of not fitting the system Ole Gunnar Solskjaer wants his United side to play.

United Xtra (@utdxtra) pinched a quote from Lukaku’s agent, Federico Pastorello, as seen below on Twitter:

Federico Pastorello (Lukaku’s agent): “We’ve improved our selection of forwards and reached the apex with Lukaku, who is one of the three-four best strikers in the world.” #mufc [Il Foglio Sportivo]

Pastorello is trying to make his client look as appealing as possible, especially with Juventus reportedly in the hunt for Lukaku’s signature.

The Old Lady are apparently willing to make United an offer including Paulo Dybala, as reported by the Metro.