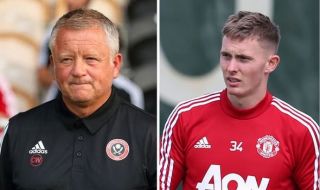 Dean Henderson is set to return to Sheffield United for a season-long loan, according to reports.

Sky Sports understands the 22-year-old goalkeeper, who became a fans’ favourite at Bramall Lane after a successful loan spell last season, will have his return to Sheffield United confirmed by the end of the week.

Henderson didn’t travel with Ole Gunnar Solskjaer and the squad on tour this summer because the club had been waiting on a decision to be made about his future.

After playing a key role in Sheffield United’s promotion to the Premier League, this is a great opportunity for Henderson to go back and keep his place in the starting eleven under Chris Wilder.

Solskjaer will be confident about Henderson going back to Bramall Lane and getting regular first-team football in the top flight.

Even though Henderson is a highly-rated young goalkeeper, he’s going to find it extremely difficult to get opportunities at United this season with David de Gea first choice and Sergio Romero acting as back-up.

Romero is arguably the best second choice keeper in the league, so at least Henderson is going somewhere he will get valuable game time.

He should return better from it all.