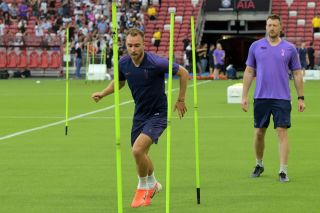 Manchester United have reportedly asked to be kept informed over the future of Tottenham’s Christian Eriksen.

The Red Devils have been strongly linked with a move for Sporting Lisbon ace Bruno Fernandes, but time is running out and agreement has yet to be met.

That could see United turn their attention towards Eriksen, 27, who could be allowed to leave Spurs for £70m this summer with the Dane not showing any intention that he wants to extend his deal with just one-year left to run, as reported by the Daily Mail.

Barcelona and Real Madrid – two clubs you’d expect to be interested in signing Eriksen – have spent their money elsewhere, leaving the door open for United to swoop.

Spurs have also been heavily linked with Real Betis Giovani Lo Celso via The Independent. The Spanish club announced the signing of Lyon ace Nabil Fekir this week, which should make life easier for Mauricio Pochettino to land another impressive summer signing, and one that could act as a replacement for Eriksen.

There’s also the possibility of United losing Paul Pogba to Real Madrid before the transfer window shuts, as per Eurosport.

Unlike other midfield targets such as Fernandes or Lazio’s Sergej Milinkovic-Savic, Eriksen is Premier League-proven.

He joined Spurs from Ajax in 2013 and became a hit in the Premier League, without question one of the more technically gifted players still in the top-flight.

Without his partnership with Dele Alli and Harry Kane, Pochettino and Spurs would not have reached recent heights such as reaching the Champions League final last season.

The Daily Mail report goes on to claim that the Spurs hierarchy and Eriksen’s representatives are aware of United’s interest – with both clubs involved in China on pre-season tour, and scheduled to face each other tomorrow! 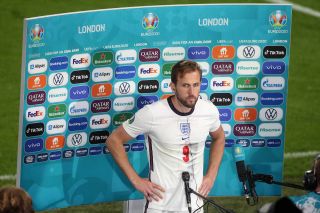