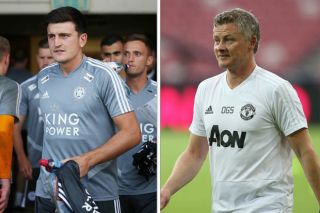 Mixed reports are doing the rounds on Harry Maguire. The Independent ran a story on Sunday saying his transfer to Manchester United was imminent, but Mike Keegan of the Daily Mail has heard otherwise because talks are still ongoing.

Harry Maguire to Manchester United remains ongoing. From what I’ve heard I’d be surprised if it did not happen before the end of the window. Very surprised.

I don’t for one second question the initial report from The Independent’s Miguel Delaney. He’s well-placed and isn’t one for bullshitting for clicks.

Moreover, The Independent’s football team is better than that.

Keegan claims talks are ongoing and adds he would be ‘very surprised’ if a deal doesn’t go through before the transfer window shuts.

Here are two good hacks when it comes to United news both sounding sure Maguire will be joining the Reds this summer.

Nothing to worry about at this stage, is there? Anything is possible when Ed Woodward is still the one conducting transfers.

For instance, this one has dragged on all summer long. There’s no reason for it not being done before the pre-season tour started.