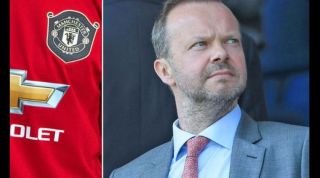 Woodward has attended every pre-season tour since beginning his role at the club in 2013, but will not travel to Shanghai to see the Reds face Tottenham on Thursday.

Maguire has been linked with a move to Old Trafford all summer but a move has yet to be finalised for the 26-year-old. The Englishman is said to be prioritised by manager Ole Gunnar Solskjaer as his prime target and the Reds have already had a £70m bid for the player rejected by Leicester.

NEXT:Barcelona star speaks out on future amid talk of potential Man Utd transfer

Longstaff, meanwhile, fits the mould of young homegrown talent target by Solskjaer and is another player the Reds want to bring in. However, according to MEN’s report, the Reds are understandably not currently willing to pay the £50m demanded for the player who has little first-team experience.

We have seen Woodward leave a United tour to complete ‘urgent transfer business’ before and we all know how that turned out. Woodward infamously left Australia in 2013 but failed to complete the signing of Cesc Fabregas in one of the most disastrous windows in recent times.

This time, there is no room for error as Solskjaer still needs key additions to rebuild his squad with three weeks to go until the season starts. Maguire would be a significant improvement in defence but United still need a creative midfielder, and Sporting Lisbon star Bruno Fernandes is the man Woodward should bring to Old Trafford.