Manchester United goalkeeper Dean Henderson was at the club’s AON Training complex today, amid rumours of his proposed loan move to Sheffield United.

The England u21 international posted a photo arriving at Carrington on his Instagram story, after not travelling with Ole Gunnar Solskjaer’s side to Singapore. 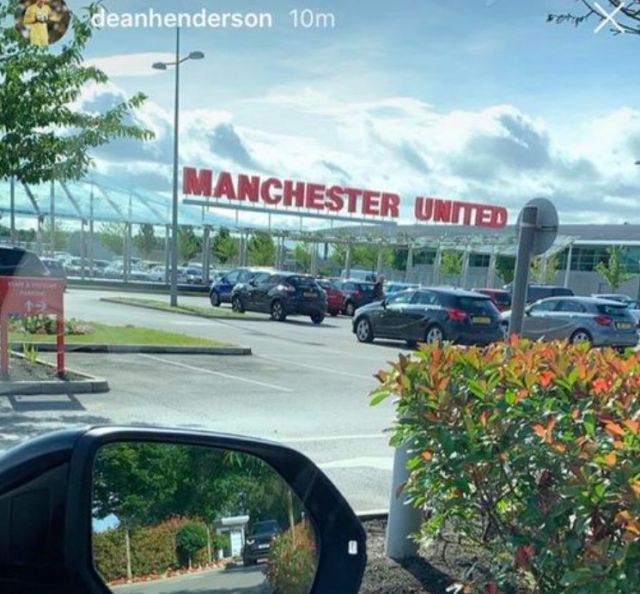 Henderson had been given extra time off after England u21’s disappointing exit from the European Championships in Italy, and is widely expected to rejoin Sheffield United, whom he impressed with last season in the club’s promotion season.

NEXT:David De Gea wants to be made Man Utd captain; six-year deal to be announced imminently

However, according to the Sun, Henderson wants to firstly secure his long-term future at Old Trafford by signing a new deal.

Despite his move to the Yorkshire club being delayed, manager Chris Wilder still expects the loan deal to go through.

“[It] isn’t progressing at the pace we’d like,” Wilder admitted to The Star

“He wants to come, the football people at Manchester United want him to come.

“I think he will, but we might also have to start considering alternatives.”

This move makes perfect sense for all parties so lets hope the two clubs can get the deal for the 22-year-old over the line. Henderson has huge potential and will have a great opportunity to impress in the Premier League next season, if he becomes the Blades’ number 1.

There is no reason why the youngster cannot develop into a potential first-choice goalkeeper for United in the future if he can have successful loan spells in the Premier League.