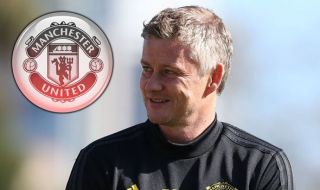 The 21-year-old was handed a test today against Inter Milan and came out of the game strongly, with United keeping a clean sheet against the Italian giants.

Tuanzebe spent last season on loan with Aston Villa and played a key role in their successful promotion bid.

Next season he will face tougher opponents in the Premier League, but he’s doing everything right on tour to put himself in the frame for selection.

Of course, United are still on the lookout for a new centre-back signing but Tuanzebe could still work his way into the team. It’s no harm for a manager to have a selection headache.

Solskjaer was full of praise for the young defender after United’s 1-0 win over Inter Milan.

Solskjaer on Tuanzebe: “He’s got a future at Man United, of course he has. Today was a test for him, we know he can play at that level, that’s why he didn’t pay against Leeds. Axel is the future of this club.” #mufc