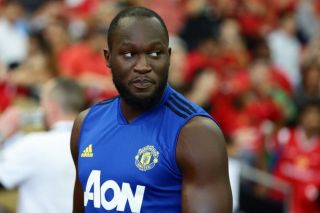 Inter have been sniffing around Lukaku all summer, but the Red Devils will not be forced to sell the striker unless their valuation is met.

Lukaku looks like a player who wants out and has even made his feelings known about Inter boss, Antonio Conte, calling the Italian the best coach in the world earlier this summer.

But if all three parties are to come away from this happy, United’s transfer demands must be met and that has been clear since day one.

United are not stopping Lukaku from moving on, it’s a matter of Inter struggling to raise sufficient funds.

Peach dropped the news on Twitter this morning, shortly before United take on Inter in the International Champions Cup, a pre-season friendly which takes place in Singapore.

Understand #Inter had a €60million (£54million) bid for Romelu Lukaku rejected by #MUFC two days ago. Fair to say it falls short of the club’s valuation

Perhaps they should just offer us Milan Skriniar and we’ll take the hands off them?

Joke. They’re not that stupid!