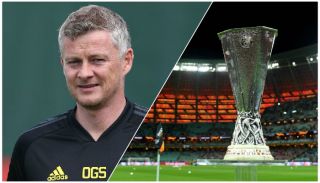 Manchester United failed to qualify for the Champions League  and will be competing in the Europa League instead.

After winning the competition in 2017 under former manager José Mourinho, it will be interesting to see how new boss Ole Gunnar Solskjaer approaches the second-rate European Cup this season.

Will he just fill his team with youngsters to give them greater experience of playing away in some difficult surroundings, or will he mix it up and try ensure we go all the way and book our place in next season’s Champions League through the alternative route, instead of having to finish in the Premier League’s top four?

That said, Solskjaer knows a top four finish is a must for United this season after finishing sixth last term.

Speaking to the press in Singapore this morning, Solskjaer said (as quoted by the MEN): “We see the Europa League as both a good chance to play youngsters, but also to win a trophy. We are going to go all out to try to win it, of course.”

His response doesn’t really clear things up as it could mean anything. Fill the team with youngsters and see how we get on, or really go all the way with a mixture of youth and experience?

Either way fans will be looking forward to some interesting trips to places they’ve never been before — and are likely to never visit again, which is probably the best thing being a supporter of a club in the Europa League.

But we need to get back into the Champions League. That’s where Manchester United belongs.