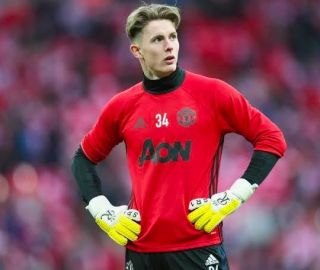 Sheffield United manager Chris Wilder is confident Manchester United goalkeeper Dean Henderson will make his return to the Blades in the coming days.

“I’m very confident that a deal for Dean will be done in the next three or four days,” Wilder told ‘Sheffield Live!’, as quoted by Manchester Evening News.

“The boy had an outstanding season for us last season and wants to come back.

“I’ve always respected Manchester United’s position but they’re keen for him to come back, Dean wants to come back and play regular football – which is refreshing for a young player, who wants to prove himself – and I want it to happen as well.”

It looks like a loan return for Henderson to the newly-promoted Premer League side looks imminent. Manager Ole Gunnar Solskjaer confirmed that the England u21 international will not join the Reds in Singapore for the pre-season tour, despite previously saying he was expected to travel.

This looks like the best deal for both parties. First-team Premier League football is perfect to test the youngster’s credentials, after already impressing at Chris Wilder’s side in the Championship last year.

Henderson has the potential to compete for the ‘number 1’ shirt at Old Trafford in the coming years and now looks to have the perfect opportunity to impress manager Ole Gunnar Solskjaer in the upcoming season.

We wish Henderson the best of luck at Bramall Lane if he gets his expected move.