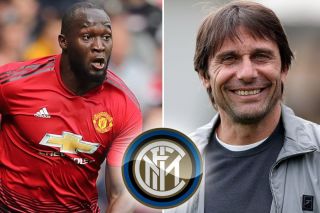 The Belgian striker has been heavily linked with a move to the San Siro all summer, and he even went on record to call Italian boss Conte the best coach in the world, as reported by Goal.

But with Inter actively trying to sell Mauro Icardi after sending him home from their pre-season tour, as per The Sun, Conte is on the lookout for a new striker and has made Lukaku his number one target.

Lukaku didn’t have the best of seasons last term and United fans wouldn’t lose any sleep if he was sold, though part of that comes after realising he doesn’t suit the systems Ole Gunnar Solskjaer wants his side to play.

There is no denying that he will score goals when opportunities arise and maybe Conte plans on building his attack around the Belgium international.

More Conte: “At this moment we are talking about a player from another club. I consider him an important player for us to have a good improvement. At the same time, there is a market, we know very well our situation.”

Time will tell if anything happens, but I’d be very surprised if Lukaku was still a United player when the 2019/20 season kicks-off.