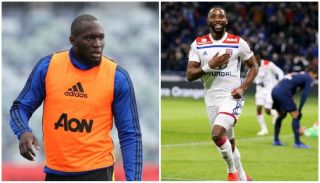 It has been alleged that Manchester United will only pursue attacking reinforcements if and when Romelu Lukaku is sold, according to reports.

The Standard claim Inter are preparing a £60m bid, plus £15m in bonuses, for Lukaku – with Ole Gunnar Solskjaer potentially short of attacking options if the Belgian striker does depart.

However, the form shown by Mason Greenwood and new signing Daniel James in pre-season may make him reconsider dipping into the market for new attacking talent.

It is claimed United have shown interest in Lille forward Nicolas Pepe and Lyon’s Moussa Dembele as potential replacements.

Starting with Pepe, who enjoyed a terrific season in Ligue 1 last term, scoring over 20 goals in all competitions and earning praise with his brand of dribbling and shooting. He works best on the right where he can cut in and shoot with his left.

It would make perfect sense for Solskjaer to target a wide player with a track record of scoring goals, since he tried playing Lukaku from the right last season once it became clear he preferred Marcus Rashford as his central piece.

Dembele, on the other hand, is more of a striker. He went from Fulham to Celtic and is now making waves in his homeland of France with Lyon.

He notched 15 league goals in his 32 appearances for Les Gones last season, but still has 5-years left on his contract and has already said “I will be in Lyon next season,” as per the Mirror.

It would be a risk for United to sell Lukaku and go into the new season without a replacement, but the Red Devils are running out of time with just over three weeks remaining before the transfer window shuts for English clubs.

So, we’re not buying it – and feel Solskjaer will prioritise other areas such as defence and midfielder before bolstering his attack.

He may as well try get something out of Alexis Sanchez because it doesn’t look like the club’s highest paid player is going anywhere!