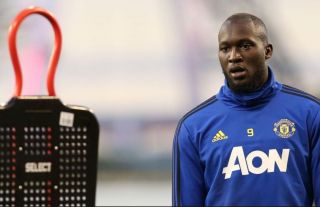 Dries Mertens has urged his Belgium team-mate Romelu Lukaku to join him in Serie A, amid strong transfer interest from Italian giants Inter Milan.

The 26-year-old striker didn’t have one of his best seasons for United last term, scoring 12 goals in 32 Premier League appearances, and he also fell down the pecking order with manager Ole Gunnar Solskjaer preferring Marcus Rashford as his central piece.

Now, Napoli and Belgium star Mertens believes his fellow countryman would be a great addition for Antonio Conte’s side.

Mertens told Sky Sport Italy, as per MEN: “Lukaku is a very good player, already one of the best five strikers in the Premier League.

“He’s still young and can learn a lot. He’s a person that always wants to improve so I’m certain he would be a good signing for Inter.”

Solskjaer will find himself in the middle of a dilemma if and when Lukaku leaves this summer.

Inter Milan are expected to make a new offer of £60m plus bonuses for Manchester United striker Romelu Lukaku this week, Sky Sports News has been told

Does he go out and bring in attacking reinforcements to replace Rom, or does he put his faith in 17-year-old Mason Greenwood and new signing Daniel James, who have both impressed on tour?

The boss isn’t stupid either, he knows you can’t make an ultimate judgement on pre-season friendlies. They’ve been against pretty bog-standard teams too – Perth Glory and Leeds United – so going into the season with Rashford as our only striker would be a huge risk.

It would be some story if he went with Greenwood next season and it worked his way. A 17-year-old boy tearing the Premier League up. Imagine?