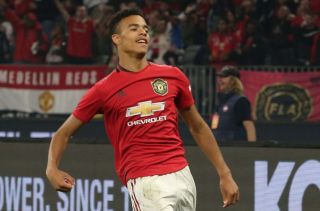 The Norwegian coach must be confident that the 17-year-old is ready for the Premier League, and his first-half display against Leeds United today in Perth will only give the boss more reasons to believe that.

The striker prodded Wan-Bissaka’s low cross with a first time effort on goal to show his pure goalscoring instinct.

If he can continue performing at this level on tour, Solskjaer will seriously consider playing him against Chelsea in the Premier League opener.

Interesting. OGS on Greenwood: “He has a chance to start against Chelsea. I won’t say it is not a possibility. It is a good possibility if he keeps going as he does.”

This would be a massive statement from the manager to prove the level of faith he has in young players.

Romelu Lukaku may still be at the club and even he has catching up to do if Greenwood continues to impress.