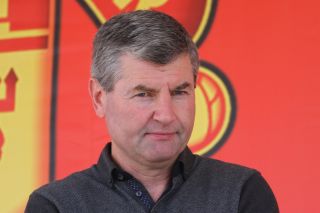 The former United player says Ole Gunnar Solskjaer needs to strengthen his squad beyond the additions of Daniel James and Aaron Wan-Bissaka.

No disrespect was intended by Irwin, who also praised United for signing young players with pace, stating that we’ve lacked that in the last 2-3 years.

“We’ve brought in a couple of young lads, who have got plenty of pace – I think something that we lacked in the last two-to-three years – and I think we need another couple of signings,” Irwin said via Manchester Evening News.

“It would be great to get another few signings in and go from there because it’s a fresh start, a clean slate.”

Irwin knows a thing or two about playing as a full-back, so the capture of Wan-Bissaka is likely to excite him most from the deals done thus far.

But as Irwin states, United need more additions to have a real go this season.

We have strengthened at right-back, which is something that hasn’t been done for years, but the defence still needs more quality, as does our midfield.

Manager Ole Gunnar Solskjaer should aim to bring in two central midfielders and a centre-back before the transfer window shuts.

With Paul Pogba’s future still up in the air, United shouldn’t leave it last minute to address their problems in midfield which still exist with the Frenchman involved.