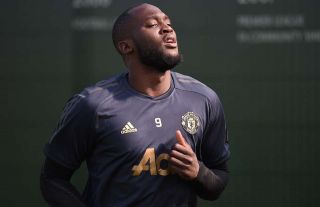 Inter Milan and Manchester United remain far apart in their valuation of striker Romelu Lukaku, according to reports.

The Belgium international has been linked with a move to the San Siro all summer, with the United frontman making it very clear he wants to work with Inter boss Antonio Conte, as reported by The Sun.

Conte allegedly tried to sign Lukaku for Chelsea but the striker choose to leave Everton for United instead, so the interest this summer has surprised nobody.

However, Sky in Italy claim Inter are not confident of agreeing a deal to sign Lukaku due to the £79m+ price tag United have placed on his head.

Lukaku fell down the pecking order at United when Ole Gunnar Solskjaer came in and decided he would prioritise Marcus Rashford as his striking outlet.

The Norwegian coach looks to be building his United attack around pace following the signing of Daniel James from Swansea City. He also has Anthony Martial available to him.

It’s important now that Solskjaer finds a system which will hurt opponents in the top flight. I’m all for it if that means hitting teams with plenty of pace!