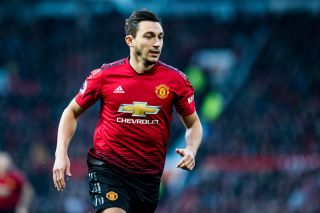 According to reports in Italy, Manchester United defender Matteo Darmian is a target for Juventus.

Gazzetta dello Sport, as cited by Sport Witness, claim that Juventus will make a move for the 29-year-old, if a €60m move for Joao Cancelo to Manchester City goes through.

Darmian would act as a replacement for the Portuguese international, if Man City can find a new club for full-back Danilo who they want Cancelo to replace this summer.

The additions of young full-backs Diogo Dalot and more recently Aaron Wan-Bissaka means that Darmian’s career at Old Trafford is all but over.

The Italian showed glimpses of being a promising signing for Louis Van Gaal after joining from Torino, but has struggled since and lacks the dynamism required for the Premier League.

We hope the Italian gets his move to the Serie A champions, which would be an interesting move given his lack of game time at Old Trafford. Perhaps Darmian’s playing style is more directly suited to Italian football.

Meanwhile, United’s next pre-season friendly of their summer tour is against Leeds United on Wednesday at the Optus Stadium in Perth. 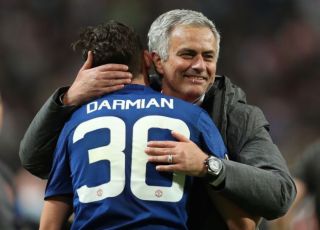