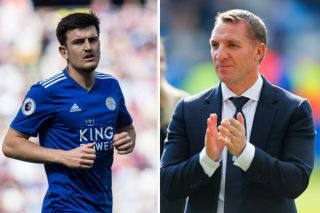 Manchester United’s demand for a top class centre-back grew last summer. Then manager José Mourinho did his best to convince Ed Woodward to sign one but to no avail. Twelve months on and Ole Gunnar Solskjaer finds himself in the same position.

The name that keeps popping up this summer is Leicester City defender Harry Maguire.

A fresh update emerged from The Mirror last night suggesting Maguire has told Brendan Rodgers that he wants to leave the King Power Stadium, with his eyes set firmly on moving to Old Trafford.

Apparently United are looking to push through the deal to avoid a ‘costly auction’ with rivals Manchester City, and it could cost them £80m, according to the report.

It sounds like Maguire has gave in to bite the bullet. He probably wanted the transfer last year, but played it down in respect of his current club.

Maguire would help improve Solskjaer’s defence but for the money we’re talking I would rather see United go for someone else. Toby Alderweireld of Tottenham, Samuel Umtiti of Barcelona or even Ruben Dias at Benfica.

The Red Devils have a good defender in Victor Lindelof, who is reportedly attracting interest from Barcelona this summer, and should be looking to find the ideal fit to partner the Sweden international.

Who knows, that might be Maguire? His lack of pace concerns me.