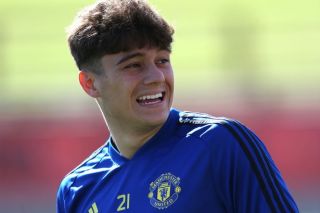 Everyone is excited to see the two new boys perform and Solskjaer has named both in his starting line-up to take on the A-League champions.

While we don’t fully know what to expect from Perth Glory, the result from today’s game doesn’t matter. It’s about players getting minutes on the pitch and making sure everyone comes away from the game injury free.

Romero starts in goal, behind a defence that welcomes back Axel Tuanzebe back from his season-long loan at Aston Villa last term. He is partnered by Phil Jones in the heart of defence while the full-back roles are occupied by Diogo Dalot and Ashley Young.

The midfield is made up of a trio consisting of Nemanja Matic, Andreas Pereira and Tahith Chong.

Then up front, we’ve got new boy Daniel James on the right. Jesse Lingard and Anthony Martial take up the rest of the positions, but who will be our centre-forward in the first half? Probably Martial.