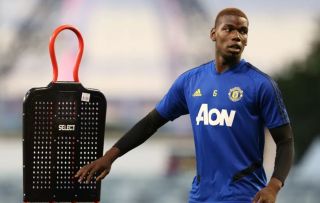 The Frenchman remains a top target for Real Madrid but they don’t apparently plan to begin negotiations with the Red Devils until the final days of the transfer window!

Pogba has made no secret of his wishes to find a ‘new challenge somewhere else’ or chase his ‘dream’ by playing for Real Madrid.

And, agent Mino Raiola is doing his utmost to raise tensions with United after accusing the club of not protecting his client.

Juventus are another club constantly linked with the midfielder, but his business there is done as far as accomplishments as a Juve player go.

However, The Sun today claim the Iron Lady are out of the running for Pogba.

But surely at this stage of his career, joining Real Madrid would be more appealing than returning to Turin?

It is suggested in the Goal report that Los Blancos are aware of United’s ‘not for sale’ stance, so they’re planning to apply to same strategy they used when trying to sign David de Gea in 2015.

Two very different situations, though. De Gea has always been coy about leaving United for Madrid, whereas Pogba has pretty much publicly revealed his desire to quit.