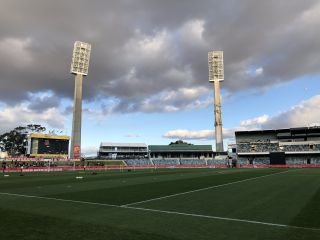 A report on the club’s open training session by Neil Sherwin (@neilsherwin):

Romelu Lukaku and Anthony Martial were the notable absentees from Manchester United’s open training session at the WACA in Perth today.

Both players worked inside the stadium’s gym while the rest of the squad were put through their paces in front of around 14,000 adoring fans.

Lukaku continues to be linked with a move away from the club, with Inter Milan the favourites to sign the striker.

United officials stated that the Belgian had “a little problem” which was being managed accordingly.

The session kicked off at 5pm as a plane flew overhead carrying a banner that read ‘Liverpool FC – 6x European Champions!’, and it sparked both laugh and jeers from those in attendance. 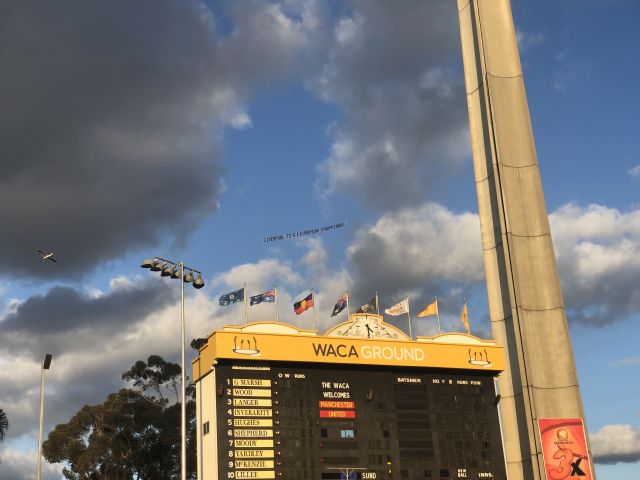 The players waved to the crowd as they jogged a couple of laps of the oval before breaking into two rondos.

Paul Pogba, another who has been the subject of transfer speculation, was in a relaxed mood as he entertained the fans with some sharp skills as the ball fizzed about.

The goalkeepers warmed up separately while the rest when through the motions of stretching before breaking into an eight versus eight game with two goals at either end and two down each sideline. 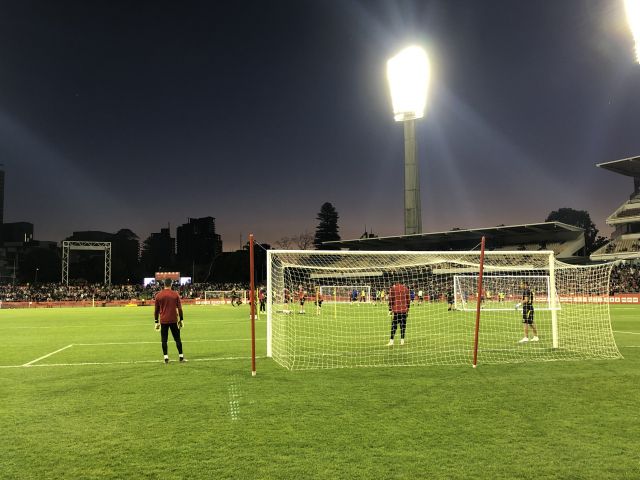 Groans went up from the crowd as Chris Smalling missed a sitter from two yards while Michael Carrick was very prominent at the stoppages, giving instructions to the group.

The goalkeepers were then brought into play on two small pitches with full size goals, and Sergio Romero stood out with some stunning saves.

Pogba went close with a spectacular overhead kick and new signing Daniel James was a ball of energy as he chased everything and looked to get on the ball.

The pristine surface at the WACA, coupled with the slightly greasy surface, made for some slick passing on what was a cool winter’s evening. 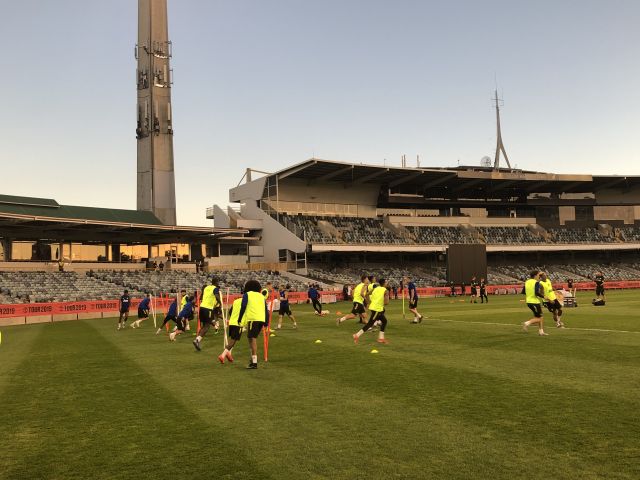 The squad then broke into two groups with one half working on their finishing while the other half played a game on about half a pitch.

Jesse Lingard, Marcus Rashford, Victor Lindelof, Scott McTominay and Phil Jones were among those to pair up for some shooting and heading as a number of balls found their way into the crowd thanks to some wayward efforts.

Luke Shaw was sporting a bandage on his right knee throughout and headed for the changing rooms just over an hour into the session.

Tickets for the session sold for $5 each with proceeds going to Telethon and the Manchester United Foundation, and junior representatives from both joined the playing group for some fun and games on the pitch.

As the session drew to a close, Ashley Young and Matic ensured that the whole squad got together to applaud the fans who had come out to watch them.

There was then a brief opportunity for supporters to get some autographs from their heroes.

Manager Ole Gunnar Solskjaer was first over, followed by some of the players including Pogba, David De Gea, Juan Mata, Andreas Pereira, and Lindelof who signed just one shirt that had his name on the back.

Most impressive were the efforts of youngsters Daniel James and Diogo Dalot who posed for selfies and were the last ones standing. They departed after around ten minutes and the remainder of the crowd headed for the exits.

United have now done two double session days as Solskjaer looks to hit the ground running when they take to the field against local side Perth Glory on Saturday night at Optus Stadium.

Organisers expect more than 50,000 to attend both that game and the clash with Leeds United next Wednesday.