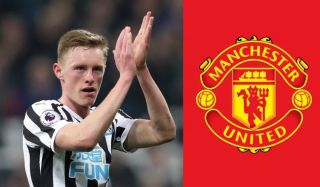 Sky’s report states that talks were held between the two clubs last weekend but Newcastle have no interest in selling the talented youngster.

Newcastle are said to be holding out for £50m for Longstaff, which is ridiculous given the amount of first-team experience the midfielder has actually had.

The 21-year-old made just nine Premier League appearances last season before injuring his knee in March which ruled him out for the rest of the game.

However, United should not be held to ransom by Newcastle for a player who is still largely unproven. A more established midfielder such as Sergej Milinkovic-Savic from Lazio would be more suitable to immediately improve what is currently a weak midfield for the Reds.