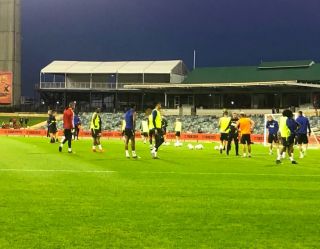 Manchester United are currently holding an open training session in Australia ahead of their first pre-season friendly against Perth Glory.

A fantastic turn out of 12,000 fans have turned out to get a rare glimpse of United’s stars at the famous WACA cricket ground in Perth.

However, United duo Romelu Lukaku and Anthony Martial are both missing from the session. BBC Sport journalist Simon Stone explains that the pair are in the gym doing fitness work, rather than out on the field to train.

Perhaps the attacking pair have not arrived back for pre-season in the best shape which is why manager Ole Gunnar Solskjaer has told them to get their fitness up to scratch rather than participating in full training.

The United boss repeatedly said last season that he wanted his side to be the fittest in the league, which will take some effort during this trip to Australia.

It will be interesting to see the team Solskjaer names and if the pair are selected for the first friendly of the tour as the Reds face local side Perth Glory at the Optus Stadium on Saturday. 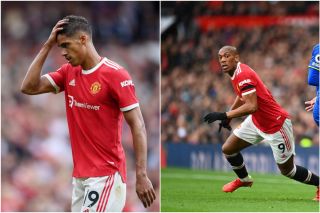