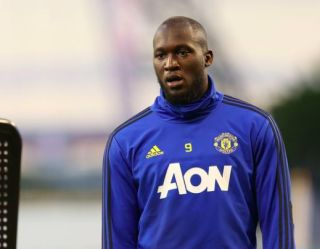 Inter Milan officials are due in London today hoping to secure a deal to sign Manchester United striker Romelu Lukaku.

The Telegraph report that Inter’s sporting director Piero Ausilio will meet with United and propose a two-year loan plus obligation to buy offer for the Belgian worth around £63m.

However, according to the report, the Reds are holding out for straight cash up front for the player who is eager to play under new  Inter boss Antonio Conte next season.

It is said that whether or not Inter can meet the £75m asking price for Lukaku will depend on if the club can offload Argentine striker Mauro Icardi, who the report claims is of interest to Italian champions Juventus.

Meanwhile, Lukaku was not involved in full training tonight during United’s pre-season tour in Australia as he was doing alternate gym-based work.

Lukaku & Martial working on bikes as #MUFC train on the WACA pitch pic.twitter.com/zKCBK79Ggd