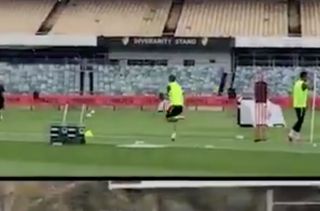 The first thing we were told about Daniel James was watch out for his pace.

He’s as quick as lightening which can be seen below in the video of Manchester United’s training camp in Australia.

Manager Ole Gunnar Solskjaer is likely to use James to his best effect in counter-attacking situations, with United looking to hit teams on the break.

It would be great to see United play with width again – attacking with pace and emphasis on crossing. We’ve not had a specialist winger on the right since Nani!

Defenders up and down the Premier League won’t look forward to facing James.