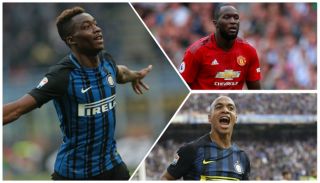 Inter Milan need to raise money before they can step up their pursuit for Romelu Lukaku, according to reports in Italy.

Karamoh has been linked with a move to Parma while Joao Maria could be headed to China.

As for Dalbert, there has been nothing concrete hit the gossip columns just yet.

Lukaku is with the United squad in Australia but where will he be when the pre-season tour ends and it’s time to get the new season underway?

The Sun clams Ole Gunnar Solskjaer has asked Lukaku to stay at Old Trafford for one more season, which gives the impression he’s not sold on any of the available strikers available to United this summer and will put up with Rom for another year until someone more appealing is willing to join.

Having no Champions League football makes it more difficult to attract the best strikers in the world, but the club already rejected an opportunity to sign Mauro Icardi, as per The Express.

Sempre Inter also hints that Beppe Marotta and Piero Ausilio could fly to Manchester before the end of the week to meet United’s hierarchy for further talks.