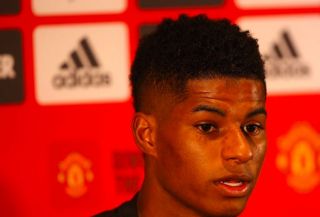 Lingard was heavily criticised by large sections of the media during this summer after posting a crude Snapchat story appearing to brag about his luxury Miami apartment.

However, Rashford said he has not spoken to manager Ole Gunnar Solskjaer over the incident.

“I have not spoke to the manager about it,” Rashford said as quoted by Manchester Evening News.

“People need to understand he was enjoying his holiday, and it was a mistake.”

Lingard’s post should be quickly forgotten about as the Reds start their pre-season preparations in Australia.

Rashford, 21, will have a point to prove after a below-par end to last campaign. The young striker signed a four contract extension with an option of a further year earlier this month. He is expected to earn a staggering £300,000 per-week in the deal according to the Sun.

The England international was Solskjaer’s first choice striker last season, demoting Romelu Lukaku from the bench. Let’s hope Rashford can score at least 20 goals next season to take pressure off other forwards next season.

United face Perth Glory at noon on Saturday at the Optus Stadium in the first game of the Reds’ tour down under.