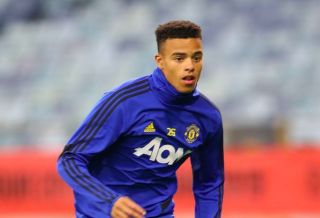 Greenwood, 17, is regarded as one of the most talent prospects to come out of the club’s famous academy in recent years and made his debut in the unforgettable Champions League victory away to Paris Saint-Germain last season.

Solskjaer has high hopes for the young striker who is part of the first-team touring party for the first time this pre-season.

“He could have had five goals against Cardiff but didn’t score. If a striker gets into a good vein of form, he will score goals.

“Mason will definitely play more games. He has grown over the summer and I think his confidence has grown too after the Cardiff game, as he was our best player.”

Greenwood was promising in the Cardiff game mentioned by the Norwegian boss and it will be excited to see him play this season, and which roles he will be deployed in during this tour.

Greenwood won the Jimmy Murphy Young Player of the Year Award last season and will hope to build on his youth team success with performances for the first-team, where he will hopefully strike a partnership with fellow academy graduate Marcus Rashford.