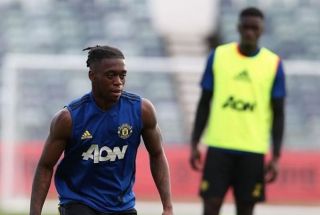 The England u21 right-back has been given the nickname ‘the Spider’, which originally derived from his time at Crystal Palace

“’The Spider’ is about the range and length of my legs when I’m lunging to tackle the ball, that’s where the nickname comes from,” Wan-Bissaka told MUTV last month as quoted by MEN.

The Reds are already promoting Wan-Bissaka’s new nickname on social media, having posted a video of a trademark tackle, where the youngster dispossesses teammate Juan Mata.

🕷️ “'The Spider' nickname is about the range of my legs when I'm lunging to make a tackle."

United’s new signing looks to be settling in very well in Perth during United’ pre-season training and even scored with a composed finish during a mini-training game.

The Reds are in action against Perth Glory at the Optus Stadium on Saturday and we hope to see our new signing play his first game in a red shirt.