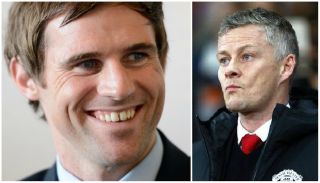 One pundit claims the names Manchester United are linked with in the transfer market shows the club are behind the likes of Real Madrid and Manchester City when it comes to attracting top players.

He believes R. Madrid and City have been linked with higher calibre players in the summer’s transfer window, but Fernandes contributed 28 goals and 14 assists from midfield last season. There aren’t many players hitting returns like that making Kilbane’s assessment harsh to say the least.

The former Republic of Ireland international told Off The Ball, as quoted by The Express: “They’re not necessarily names if we’re talking in terms of business Real Madrid have done and the business Man City have done and will do, they’re not names at that level.

“But they’re going to make Man United better. Look where Man United are, they’re a fifth and sixth-placed team.

“That’s where they are. We expect them to be a top one or two. You have to accept.”

With The Times among the sources linking Paul Pogba with a move away from Old Trafford this summer, Fernandes could be the ideal replacement.

While the Red Devils have been closely linked with a move for Fernandes, according to both Corriere dello Sport and Il Tempo on Tuesday, as cited by Sport Witness, no official offer has been made just yet.