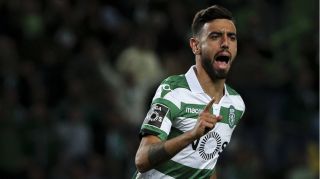 It appears the Reds still want to sign Fernandes, but no transfer is yet imminent.

This is extremely frustrating given the club has already flown out to Australia for the first stage of their pre-season tour and manager Ole Gunnar Solskjaer wanted all his signings in before pre-season.

Solskjaer desperately needs a creative option in midfield this summer after his side struggled creating goal-scoring opportunities last campaign which ended in a whimper.

If United really are in for Fernandes, why would they not just try and get a deal done.

The 24-year-old scored 32 goals in 50 appearances from midfield for Sporting last season and the deal seems a no brainer.

Perhaps the Reds are biding their time and working on other deals with Paul Pogba’s future still in doubt, but there is no reason this transfer should not have been wrapped up by now.

It still remains to be seen whether Fernandes will move to Old Trafford this summer,

#MUFC remain interested in signing the Sporting Lisbon midfielder Bruno Fernandes, he’s still on their radar, but a move is not imminent.