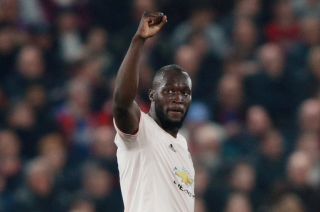 The Romelu Lukaku to Inter Milan transfer saga rumbles on.

Sky Sports report tonight that Inter Milan officials are set to fly into the UK ready to thrash out a deal for the Belgian international.

The report claims that pressure is now building on Inter to secure Lukaku’s signature, as Serie A rivals Juventus are now also showing an interest in the striker.

Inter are currently struggling to raise the funds needed for Lukaku, with United holding out for a cash-only £75m fee, which they spent to buy the striker from Everton two seasons ago (BBC).

It is believed Lukaku wants to leave Old Trafford this summer, and has already stated publicly of his desire to play in Serie A. The deal for Lukaku seems to boil down to whether Inter can raise the funds, with Antonio Conte prioritising the Belgian’s signing.

Lukaku’s exit wouldn’t be disastrous for United, as long as manager Ole Gunnar Solskjaer can identify a suitable replacement. Wissam Ben Yedder had been linked as a potential alternative to Lukaku but things seem to have gone quiet on that front.

With just a month to go until the window shuts, it seems the Lukaku transfer saga could continue right up until the start of the season as both Inter and United look to secure the right deal.