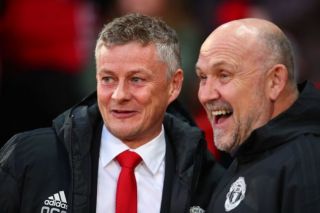 Manchester United are Australia bound for the first leg of their pre-season tour and manager Ole Gunnar Solskjaer will hope to quickly get his squad mentally and physically prepared for the campaign ahead.

Last season ended abysmally but only time will tell if Solskjaer is the right man for the job. Expectations are low for his first full season in charge.

That could work in Solskjaer’s favour if he surprises a few this season. He should now be looking to shape this United side into his very own mould, taking more responsibility than before completing more than one signing.

The Red Devils need a more quality additions in midfield as well as defence, and maybe a new striker if Romelu Lukaku leaves.

His use of Twitter over the past year has been brilliant. Not only is Phelan witty, he comes across well and clearly loves United.

This morning Phelan sent a cryptic Solskjaer message on the social network.

Ole’s at the wheel pic.twitter.com/b06xiVqMVi

Let’s hope they get a good pre-season underway and come back in greater shape than they did a year from now.