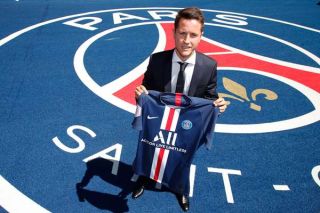 Ander Herrera reveals that he left Manchester United for Paris Saint-Germain this summer following a dispute with Ole Gunner Solskjaer over his role.

The Spain international officially joined PSG last month on a free transfer after his five-year stint at Old Trafford came to an end as his contract expired.

Though he was nowhere near the best midfielder in the Premier League, losing Herrera is still a kick in the balls. A fiery character who knows how to wind up his opponents and arguably the closest thing United had to a leader.

Herrera hints he made up his mind following a difference of opinion with Solskjaer, who has been managing United since December.

“I do not like looking at the past very much, but there were differences regarding the project and my importance within it,” Herrera said, as reported by Eurosport.

“I was very happy, I have a lot to thank the club and the fans for it and also Solskjaer. He did a lot for me to stay, but things did not happen, they arrived late, and by then I had already made the decision to play in Paris.”

We will never forget United 🔴, for ever in our hearts ♥️. THANKS pic.twitter.com/yzP9TDq0xX

Another United player linked with a move to PSG is David de Gea, though The Mirror now claims that that Dave is likely to renew fresh terms.

“David is my friend, I have a great relationship with him and, of course, he is the best in the world, for me top three. But here there are already two great goalkeepers.”

We’d like to wish Solskjaer all the very best.