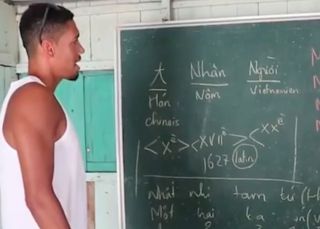 The Manchester United centre-back was obviously holidaying in Vietnam over the summer, but he is now back training with his club team-mates, who will all jet off to Australia today for the first leg of their pre-season tour.

READ MORE: Man Utd goalkeeper confirms he will not be on pre-season tour

Smalling is clearly struggling in the video below and at one point sounds like a cow under pressure.

A player who receives his fair share of criticism, Smalling has a big season ahead of him if he plans on being part of Ole Gunnar Solskjaer’s rebuild in the future.

Though that depends on how long Solskjaer lasts in the job…