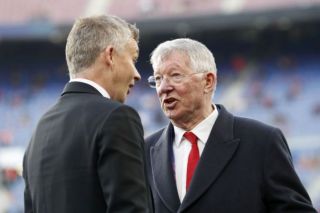 United are interested in the Leicester City and England centre-back and have already had a £70m bid rejected earlier in the week, as reported by Sky Sports.

But it seems Fergie has given Ole Gunnar Solskjaer his green light of approval to continue trying to clinch a deal for Maguire – which could potentially go a long way towards solving a problem position for the Red Devils.

There are not many better judge of players than Fergie, but he too made mistakes in the transfer market with signings who didn’t quite go to plan. Solskjaer is bound to make those too and he should be wary about the club increasing their offer for Maguire.

He’s good, but not £85m good. That’s how much The Sun reported want from United to complete a deal.

The valuations going around for certain players are mind boggling and it only seems to be getting worse each year. Mid-table clubs such as Leicester don’t rely as much on transfer fees as they used to, with broadcasting revenue going a long way to help club operations up and down the top-flight.